By Tom Hoffman of the Sierra Club

Last Fall in a packed meeting room in the Sixth Presbyterian Church in Squirrel Hill, 75 Pittsburgh residents gathered to hear about the long range importance of building the Four Mile Run green infrastructure project in Schenley Park and learn how they could help make this dream a reality. 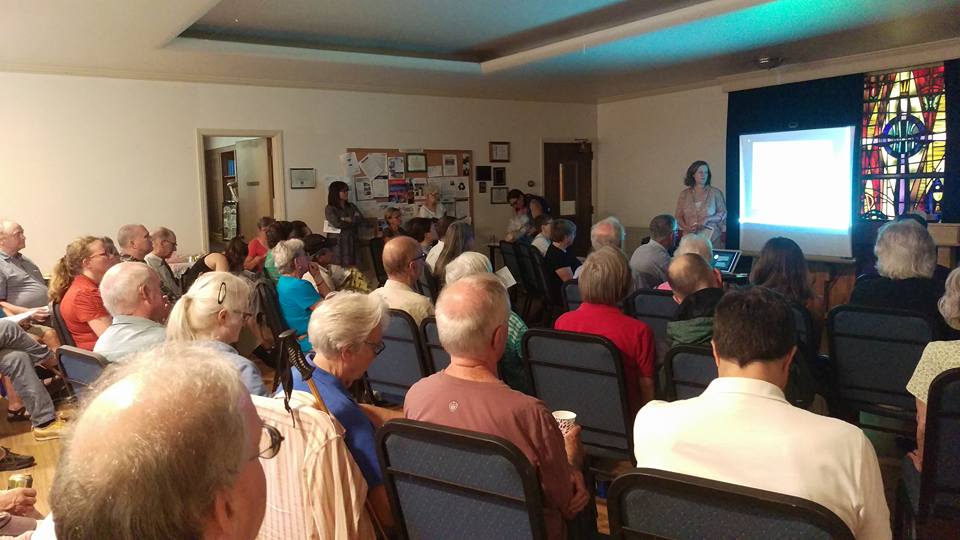 Our region needs to prove to the EPA in 5 years that green solutions can work to fix our sewage overflow problem. The Four Mile Run green project will not only help mitigate flooding in the Run, but it will play a key role in making the case to federal regulators that our region is capable of and is committed to a major green first effort to remove 9 billion gallons of sewage from our rivers. In five years those regulators will need to see large scale, monitored, operating projects that are cleaning sewage out of our rivers.

Thanks to support from the attendees at that meeting, the Mayor’s Capital Budget  which passed recently included funding to complete the final design of the Four Mile Run green infrastructure project! The next step is to draw up actual construction plans and put them out to bid. The oversight for the project has shifted from the Parks Conservancy to the Pittsburgh Water and Sewer Authority. An RFP for final designs to make the project ready for construction are expected to be put out in the next few days.

The Clean Rivers Campaign played a key role in winning the money in the Mayor’s budget for 4 Mile Run. We are now shifting our attention to winning funding for construction of the project. We are also working to get other projects like the projects in Saw Mill Run and the Negley Run/Heth’s Run project funded and built.

A critical part of PWSA’s city-wide green plan are specific strategies to expand ALCOSAN’s ability to handle more water during heavy rain events. This expanded capacity works in conjunction with the green infrastructure to reduce the sewage going into our rivers. It would include specific modifications to the plant as well as maintenance and cleaning of the existing sewer lines and interceptors. These modifications could start almost immediately and would produce a large number of good paying union jobs in the near future.

The CRC is also supporting the efforts of the Our Water Campaign to keep PWSA public. Any attempt to privatize or do major restructuring in the Authority would very likely stall the implementation of the green projects as well as keeping our water safe and affordable.

Stay tuned for more activities in 2018. Contact Aly Shaw at aly@pittsburghunited.org for more information or to get involved.